Mostly all the time 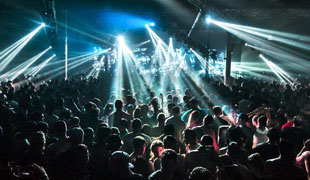 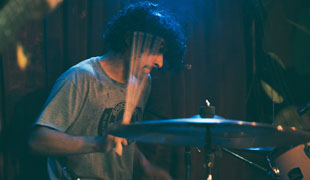 Hi folks, we only have three reviewers today, so none of PJ’s Rock the Casbah heavier stuff this time – he’ll be back later though.

Let’s start with you QD.

I’m gonna turn you inside out

QD: I’ve found a very unusual band - The Ballet - and their song is 'Turn you'. Sounds superficially like a simple or simplistic synthesiser tune, but listen more closely and you'll hear that the song is like a carefully crafted poem, with rhythm and balance and polish, and a catchy beat which continues from beginning to end. It shows how much you can do with a few instruments and interesting, spoken vocals. Rank 10, but deserves to be much higher.

I wonder if I’ll make you mine

MB: I’m going with Bec Sandridge – 'In the Fog, In the Flame'. This talented white-haired artist has music as striking as her looks, and deserves a lot more fans than her rank 9 implies she has. This song pounds along with a firm rock beat and a strong melody and is given an afterburner’s kick by her unique voice, before coming to a gentle halt.

ED: RP, what do you have today?

What’s in it for someone with nothing to do?

RP: Guys who sing in artificially high voices or registers are sometimes an acquired taste - to some people, the Canadian band Rush is unlistenable because of this, [some murmers of disagreement in backround of recording] but the song 'What's in it for?' by Avi Buffalo somehow works really well. This is because of the interesting jangly guitar work and the great harmonies. The multi-tracked lead vocals are so obvious they become appealing, leading to a rich harmonic effect. At about 3.30 is seems as if the song should end, but instead the chorus is repeated and a really long fade out begins, which is a really daring trick most bands would not attempt.  This is an old song from 2010.  The main man Avi is still recording, but not with this band.

QD: I’ll make up for PJ's absence by introducing this track he’d probably like too - Delicate Steve – 'Don’t get Stuck, Proud Elephants'. Some live ‘delicate’ guitar work from Delicate Steve introduces a track which could go anywhere, and it does, when the bass and thumping drums kick in. It’s one of those instrumental songs you either love or hate, and I love it because it’s different and the guitar sound is just magnificent.  Steve Marion is only a rank 7 artist, but he has worked with artists of stature like the Black Keys, Paul Simon and Tame Impala. But I think you'll agree his sound is all his own.

All of the feelings I know you never felt

RP: My next one is Delta Spirit – 'California'. Maybe a little too twee for some, but still a great song. The ooo-ooo-ooo-ooo chorus comes in regularly to reinforce the impact of the track, and you can listen along to the lyrics to see if you can work out which of the lovers is at fault. The drum intro is uncannily and accidentally similar to the one in Another Sunny Day’s 'You should all be murdered', which is disorientating if you like both songs. A rank 6 band with enough musical talent to go much higher.

Ed: MB, do you have another?

Shame you got into that taxi

MB: I love Jackie Cohen. I’ve chosen one song – Too Cold to Cry - with difficulty, because she has to many great ones. Her songs are carries by her vocals, which are confident, different, brash but enjoyable, and so varied. You can’t help wanting to sing along with her hooks. At about 1.37 the song drives to new heights as the beat gets faster and the song gets more exciting. This artist really needs a session devoted to her. She is barely a rank 9 now, but deserves far better.

QD: Not as left field as usual for me, but Liz Lawrence – 'None of my friends are OK'– jogs along with a great beat, and has clever, anti-pop sort of lyrics which are also great fun. You can imagine driving along to this one. The song is far too short at not even three minutes. She is a rank 6 artist, so is well on the way to popularity – she’ll keep rising I hope.

Just mostly all the time

RP: I’ll go with Quivers – You're not always on my mind'. This is a rank 10 band from Australia who are going to be big. When the song starts you don’t know how it is going to go, then about 1.10 we get the fine chorus and guitar break which makes the song fly. This type of music used to be called 'jangle pop'. Listen for the clever quality backing vocals, then the melodic guitar outro, which make this a great song.

Ed: Anyone got a classic to finish up with?

QD: Well, all the great guitar music we've been listening to today has reminded me of the early bands who popularized great melodic guitar work and brought so many people into playing pop and rock music. At the forefront of this were The Ventures in the 1960s and 1970s, and I've chosen one of their best instrumentals, the great 'Perfidia', which is an interpretation of the classic song by Alberto Domínguez. This song was also covered of course by Glenn Miller, Benny Goodman, Mel Tormé, Andrea Bocelli and dozens of others, but the Ventures's version is part of the great tradition of popular music which has brought us up to modern indie. Notice how the drummer and the bass player get their little mini solos between the main twanging melody line. Very short, as all pop was in those days, but a classic.

Ed: thanks for the groovy selections today! 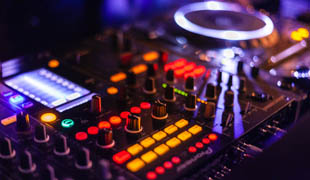 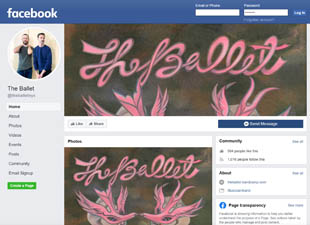 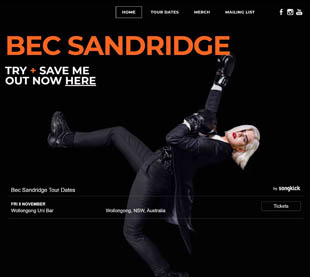 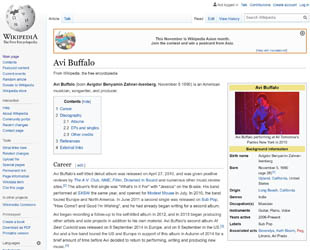 Wikipedia page with information about the band and Avi Buffalo's recent work. 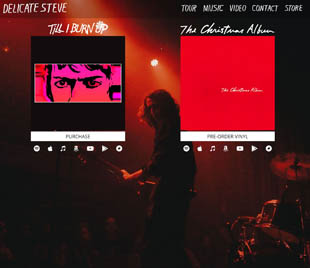 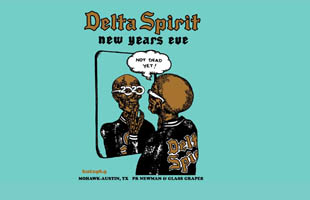 Minimalist home page for the California band which as been going since 2005, which may be of some help. Band history and a discography can be found on their Wikipedia page also. 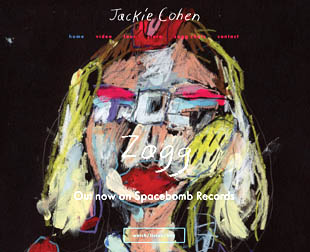 Tour news, videos and the latest music from Jackie Cohen. 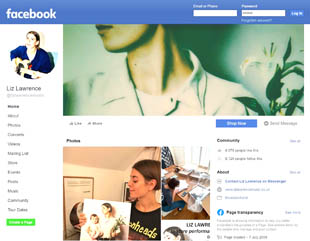 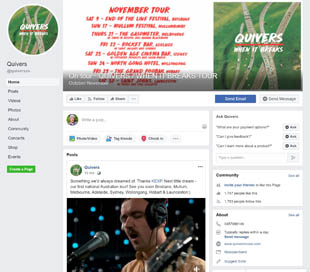 Official page with audio, video and info about the great surf band and instrumentalists.