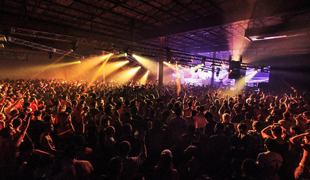 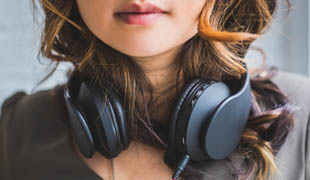 (Transcribed and shortened from a recording of our round table session.)

Well, we begin this week by asking our reviewers who are around the table what little-known bands or performers they have been listening to this week, and why they would recommend them. You’ve all been taking note of the ranking, which I will emphasize again is nothing to do with the quality of the band or artist – it just indicates how much they are listened to on Spotify. We will only consider rank 10, 9 and 8 artists today.

(Everyone starts talking at once.)

OK, one at a time please!

New York on my mind

RP: I love the Australian band The Outdoor Type, and this song ‘On my Mind’ from 2015 is a great example of Zack Buchanan’s song writing. Spoken or drawled rather than sung, with the voice to the front of the production. It really drives along, and has a kind of hypnotic chorus. I’d like to feature more of the band in later posts.

MB: One of the mysteries of life for me is why Tristen is not huge by now. Tristen – 'Glass jar. She has a great voice, she writes terrific songs and has a superb band. I guess I agreed to come in on this project because there are so many female artists like this now who are hardly known and deserve to be more successful. In this song the jangling guitars and her attractive voice complement each other perfectly – and of course, the song has a message.

Even if it’s too far off to be

PJ: Agree, and a good one to play in the car! My choice for today is Cairo Gang’s ‘Real Enough to Believe’ from 2017’s Untouchable album. It’s one of those songs that really gets into your head when you have heard it a few times. You just have to follow the great bass line the way through the track, and listen out for the terrific guitar about 2 minutes in.

QD: I guess I’m to be the left field guy who brings in the offbeat stuff, but who wouldn’t like Golden Shoulders 'I will light you on fire'? I like it because it is just impossible to not sing along, whichever one of the vocals you want to join in on. It sounds like a happy group of friends just having a great time. Three minutes of joy.

MB: Wow, what was that about?

QD: Another one for you, MB. Hachiku (Anika Ostendorf)’s song ‘Moon Face’. She seems to be hardly known outside Australia, even though she’s American. Really melodic song, with a magical lead ?guitar. Notice how she makes good use of her voice, but is clever enough to let the instruments really carry the song. MB: True, she has a lot of talent. Look forward to hearing more of her.

I believe in redemption

RP: Well, I’ve held back long enough and I have to talk about Trevor Sensor. This is a singer and songwriter who is going to be huge. What rank is he at the moment – 9? (Yes.) Not fair. Just watch him streak upwards as he becomes better known. You never forget the first time you hear his voice. His songs are really gripping, usually shot through with religious imagery – angels, the Lord, Judas, redemption – and his song 'Reaper man' is a great example. (Andy Warhol’s Dream version.)

PJ: Where has this guy been all my life? QD: Powerful, very accomplished playing and production too. Muscular music. RP: There’s not a bad song on his latest collection (Andy Warhol’s Dream), so I’d like to feature more of him later. I love him. He must be brilliant in concert.

I need you to understand

MB: I want to introduce Pole Siblings and their song ‘Weekend Visit’. They are from Finland. Big in Norway. Sounds like a simple hypnotic song, with a simplistic rock beat, and the wavery voice, but then the tone gets more emotional with the stretched guitar notes about one minute in, and the song really flies. QD: A good walking song – I can imagine striding along the sidewalk with the earbuds in, smiling at everyone. (Sings) 'I need you to understand, that it might, might be too late, oooh woo oooh'. MB: I can’t tell if you’re serious? The song seems to be about visiting someone with dementia in hospital…..

PJ: Time for another one of mine. Neuman’s ‘Dizzy’ from 2017. This is a cult band in Spain, but hardly known in English–speaking countries. This 8 minute song seems like a sing-along for the first three minutes, but then speeds up and races away to turn into a great piece of piano-pounding noise to drive along with.

MB: What’s it about?

PJ: I’ve never been able to make out the lyrics, but like with a lot of the old Rolling Stones stuff, it doesn’t seem to matter. He’s dizzy and confused, like all of us. I'm sure we have lots more modern bands, but let’s save them for our next session. Anyone got an old indie classic to finish with?

(Everyone talks at once). MB, how about you?

MB: I’ve always loved Fur Patrol's 'Lydia'. I think the song is really made by Julia Deans’ super sexy voice and the way the song builds, with the guitar than the organ then the drums coming in, and the vocals become more and more passionate. I see the only people hearing this wonderful song on Spotify are in New Zealand, where the band are from, so a lot of you will never have encountered it before, which is a shame – still, you’ve heard it now. 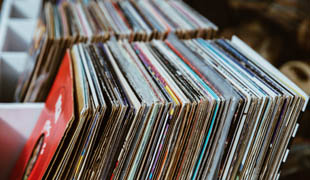 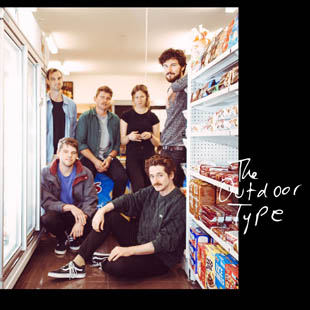 Official The Outdoor Type page for the Australian band, with video and tour dates and merchandise. 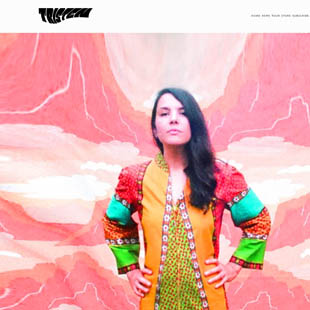 News, touring information and latest music from the wonderful Tristen. 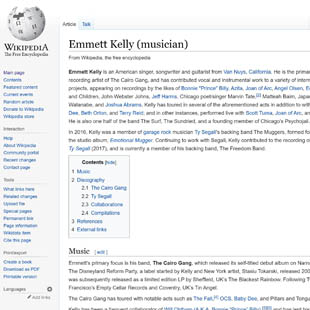 Emmett Kelly's The Cairo Gang don't seem to have an official page, but there is a lot of information on Emmett's Wikipedia entry, including a discography. 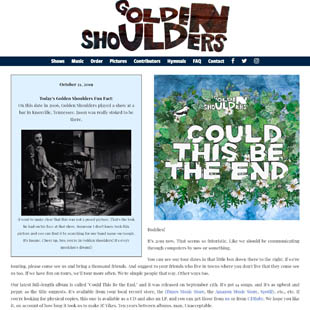 Quirky home page for Adam Kline's band with all the information you need and some you probably don't. 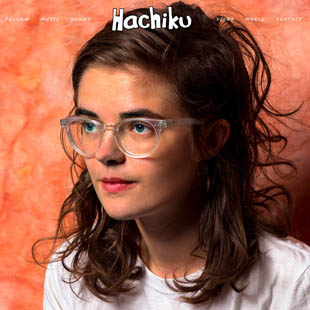 News, videos and upcoming shows with ticket sales for Hachiku (Anika Ostendorf), and her dreampop/shoegaze music. 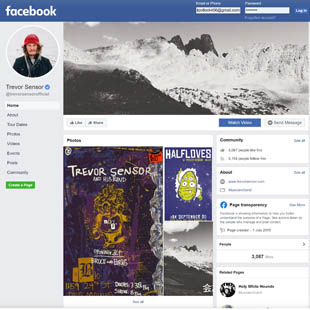 This is Trevor Sensor's official Facebook page, but it's not updated often. 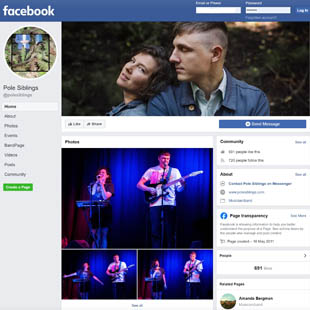 Official Facebook page, and you can see https://polesiblings.com/ also. 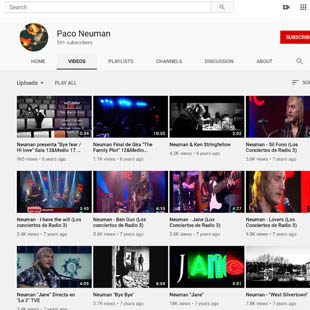 He appears to have no official web presence, but here are the Neuman videos on Youtube. 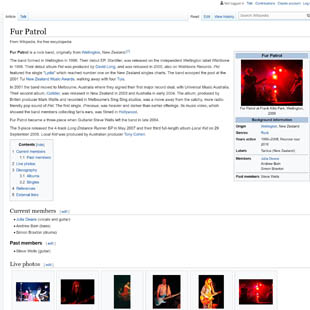 The Wikipedia page for the possibly still active New Zealand band Fur Patrol has member information and a discography.